Celebrating the "Pleasanton Centennial" in 1994 Granizo was commissioned to create a public art display that was a pictorial history of the area's rich heritage.  This project consists of three rectangular columns or "stelae" placed diagonally.  When viewed together from any side of the pillars, the three columns align to form a single mural.  The murals depict four perspectives of the areas heritage to include its history, culture, agriculture, movie making and commerce.
​.
This piece of art is extremely significant to Granizo's work because it was one the last one's that he did.  During the creation and completion of this project Granizo battled with cancer and passed away shortly after this project was dedicated.  His family often visits this site and remembers his last days when he would sit and watch the instillation of the murals..

The Columns
Close up of columns 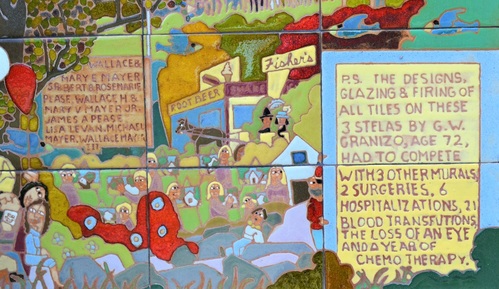 Pleasanton is a "Sister City" to Tulanchingo, Mexico where there is also a beautiful piece located in their Pleasanton Public Library in Mexico. ​ 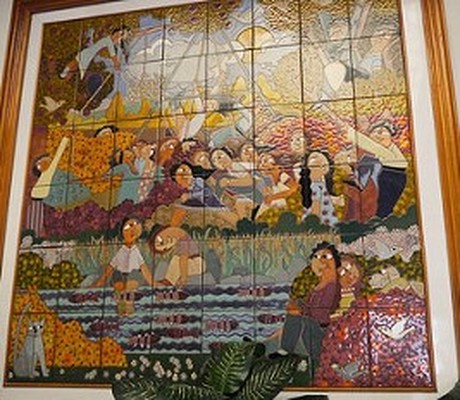