The 1984 Olympics came to Los Angeles and Granizo was commissioned to do a mural that was the largest he had ever created. The mural was 93 feet long and 24 feet high and was to be called the "Olympic Fantasy".

California State University in Los Angeles was selected as one of the Olympic event sites. The mural was attached to the side of the gymnasium where some of the events include Judo and Wrestling were held. The mural was designed to include all of the sports represented in the Olympics.

Granizo was so excited about this mural that he created it in 10 weeks time barely sleeping throughout it's completion. 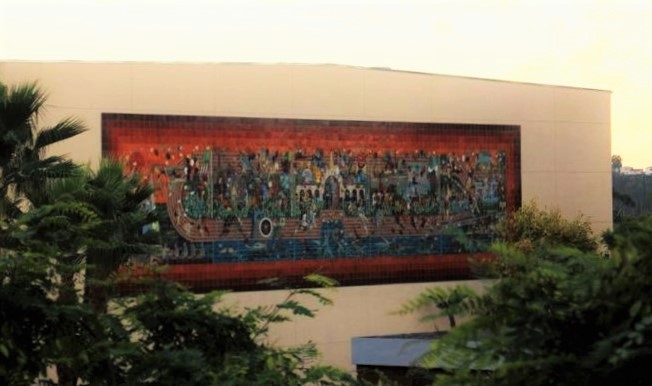 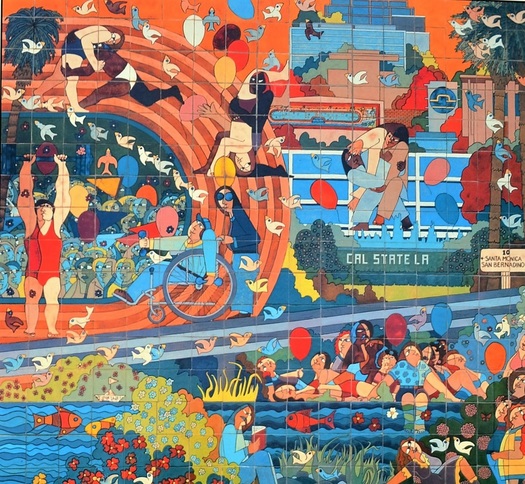 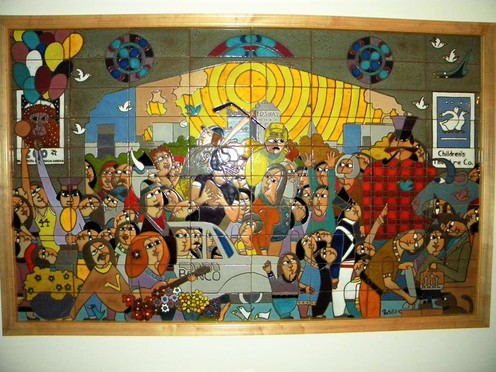 ﻿﻿The link below entitled "The Guillermo Wagner Granizo Memorial Page" was created by Jeffrey Salthouse in the Los Angeles area.  Jeffrey was on the committee to help restore the Olympic Mural after damage was done to it as a result of the building settling in an as a result geological fault activity.
Granizo Memorial Site
Another mural located in Southern California was created for the Lone Pine Film Festival in 1993. 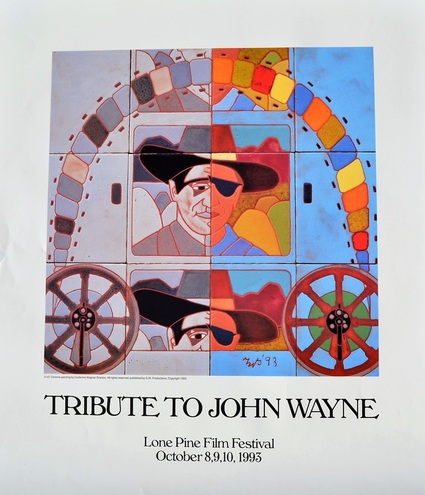