In late 1980 Granizo moved to Benicia, California, where he spent the last two decades of his life.  The City of Benicia (formerly the state capital of California) became the center of "Bill's" art world and Benicia has honored him in many ways by recognizing his art as a part of its city.

​Granizo and his family are appreciative of the help and support of the staff at the Benicia Historical Museum.. We would specifically like to thank Elizabeth d'Huart, Executive Director at Benicia Historical Museum.   Beverly Phelan, Curator and Jim E. Lessenger, Exhibit Committee Chair have been significant contributors to supporting Granizo and his art.  Jim Lessenger wrote a booklet which is available in the Benicia Museum entitled "Guillermo Wagner Granizo:  Stories in Tiles". This booklet was written for the dedication of Granizo's tile murals and artifacts located in a room in the museum that was dedicated to Granizo in November of 2015. 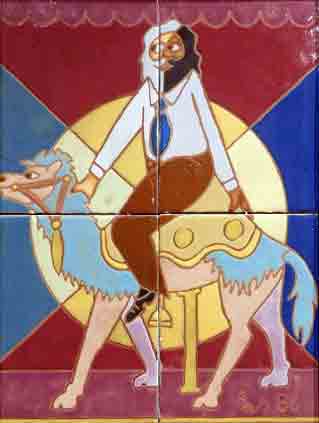 ​Self Portrait on a carousel 1986.  Here Granizo portrayed himself as half white and half brown, celebrating his mixed Anglo and Hispanic heritage.
​
​From Granizo's study of the history of Benicia as the original capital of California, he began creating a series of tile murals that the city placed in the sidewalks and civic buildings.  Each mural depicted the historic landmarks, people and events that took place in the early part of the development of Benicia.  With the historic military influence of Benicia and its Arsenal, some murals honor the American soldiers who fought in World War I, World War II, Korea and Vietnam. 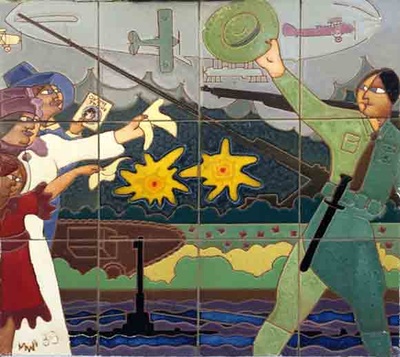 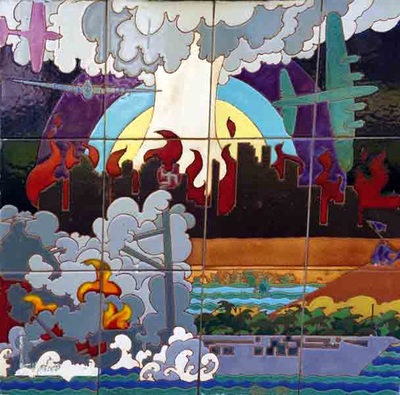 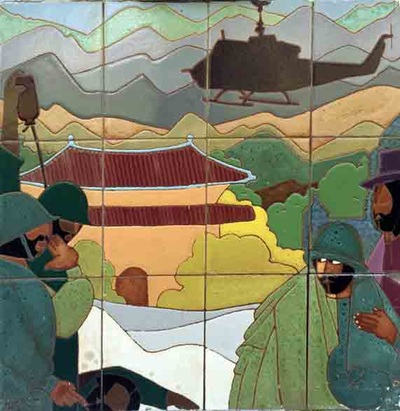 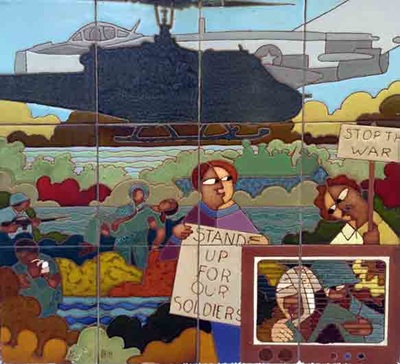 Vietnam
Below are pictures of the room in the Benicia Historical Museum dedicated to Granizo where some if his most important works reside.  Benicia is a beautiful little town with lots of history and Granizo Art is prominently displayed throughout the town. 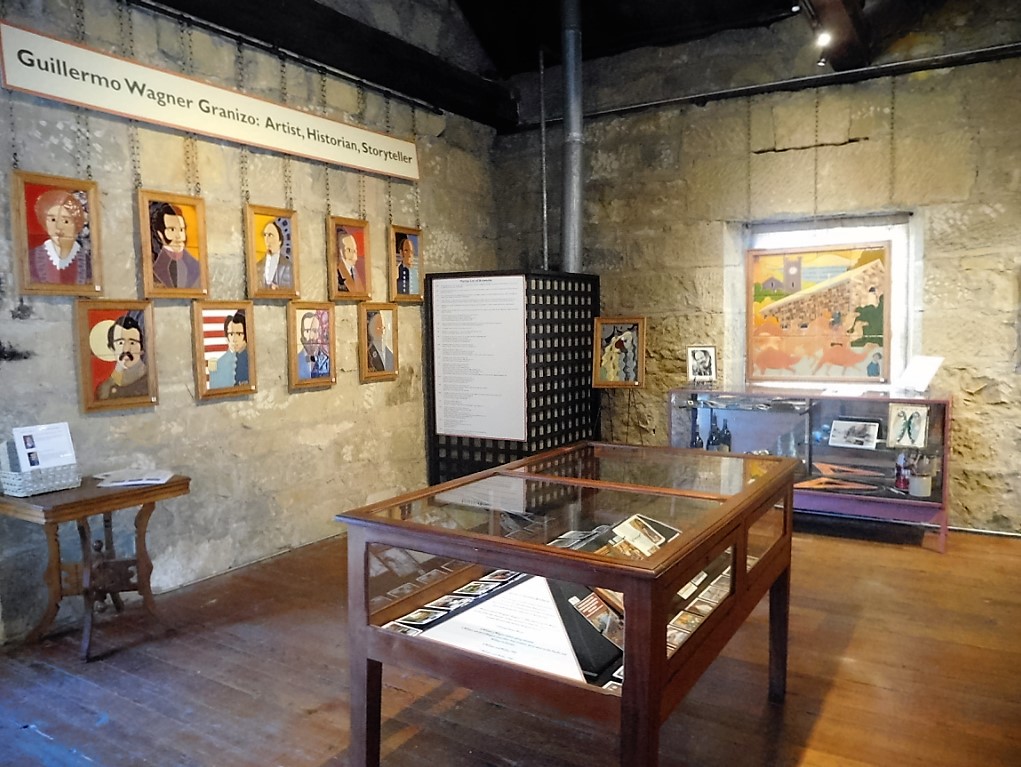 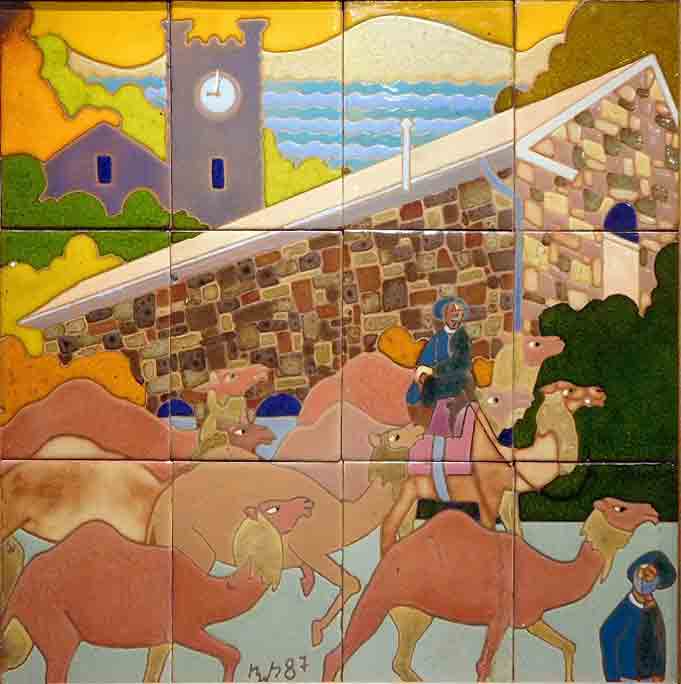 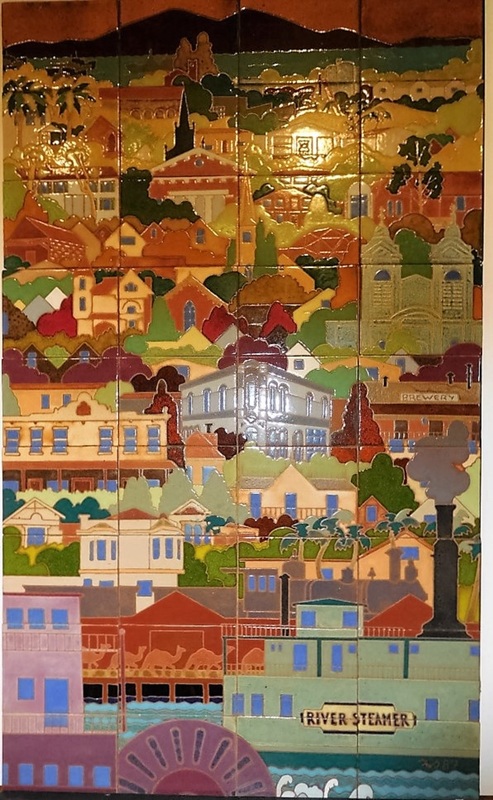 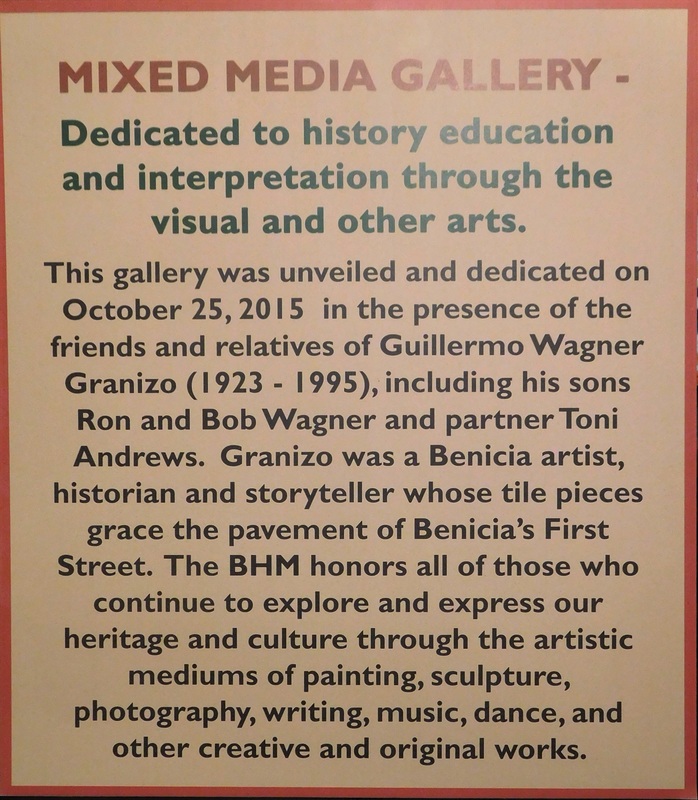 The button below will take you to the entire collection of Granizo's art displayed at the Benicia Historical Museum.
Button Text